1 About the Value of Education 1 comments   |   101 shares 2 What is the future of teacher activism? 88 shares 3 Civil Discourse in Action — with Sam Cole and Carol Burris 81 shares 4 Teacher Strikes: A Civil Discourse in Action Live Webinar 59 shares 5 Hanna Skandera on the Promise of Education 58 shares 6 Voices: with Margaret Spellings 1 comments   |   50 shares 7 Betsy DeVos on Teacher Freedoms 48 shares

Communication and Engagement Pave the Way for Recovery

It should give us hope that we are able to forget our differences and create defining moments when the need is readily apparent and clearly urgent.

When Hurricane Harvey was still pounding Houston, leaders at KIPP Houston Public Schools and YES Prep were mobilizing to help get kids back to the classroom as soon as the skies cleared and the flood waters receded. They needed only to look east to New Orleans to be reminded how rebuilding schools and communities after natural disasters can take time – much more than students eager to learn and return to the routine of their school day have to give.

But the quick thinking and action of Sehba Ali, superintendent, KIPP Houston, and Mark DiBella, CEO, YES Prep, put 98 percent of students in school when doors opened on September 7 – just shy of the two-week anniversary of Harvey’s landfall. While recovery is ongoing, they’ve made fast progress. Their success can be attributed to many factors but chief among them is an unwavering focus on students – not the politics or rhetoric about who was or was not helping Houston – and a refusal to accept that doing the minimum is ever enough.

“Now is not the time for our schools to lower our expectations for student learning.”

In an op-ed that appeared in the Houston Chronicle in September, Ali and DiBella expressed exactly that idea. “Now is not the time for our schools to lower our expectations for student learning. … , they said.” What’s more, Ali and DiBella rejected the notion that it’s impossible to focus on learning and still care for basic needs – like food, clothing and housing – of students and their families. Their response was a call to action of sorts for the region’s education leaders to keep focused on student learning and progress. In November, some area superintendents (neither Ali or DiBella) asked the state government to waive school accountability ratings as their expectation for student performance post Harvey was uncertain.

KIPP Houston and YES Prep marched forward. Their philosophy very clearly drove a response that in the hours, days and weeks after the storm opened food pantries at schools, gave away thousands of gift cards to buy groceries and pay for hotel rooms, provided new school uniforms and other school supplies and met a variety of additional immediate needs. Over time, thoughtful planning will enable them to address long-term community needs including housing repair, rental costs and home essentials.

Ali and DiBella funded their recovery with monies raised – millions of dollars – from their respective networks and newly discovered supporters. They shared philanthropic contacts. They set up regular communications channels for internal teams and their communities. They empowered school staff to make decisions and take action.

From an outside-looking-in perspective, KIPP Houston and YES Prep seemed to have a ready-made foundation to manage through and recover from Harvey. Each is gifted with a strong and talented leader. It also could be argued that their charter status facilitated an easier response. They are smaller, more flexible and unencumbered by other bureaucratic and political restraints that impact their traditional public-school peers.

Still, DiBella doesn’t believe having charter status has given his schools an advantage over traditional public schools during the recovery process. “It’s more about how you create a nimble organization that’s flexible and responsive,” he said. “Organizing a swift response team and pushing decisions as far down in the organization as possible so it’s closest to the communities you’re serving is key.”

Being close to the school communities is clearly a plus. KIPP Houston and YES Prep have different models, but they both serve very similar student populations. Addressing the social-emotional needs of students and families, partnering with other community organizations, thinking creatively and giving attention to lessons learned is part of their every day and helped shaped their response to Harvey.

“At YES Prep, one of our strategic priorities is to deeply engage the communities we serve. It’s not just about what happens during the school day but thinking about how we support our students 24 hours a day,” said DiBella. “This flood was different because it impacted communities of every kind, yet the low-income communities are hit hardest.”

Focusing on students and families, listening to their needs and acting quickly, is the best way to get past distractions and get to the business of recovery, according to Ali. “We led with care and compassion to support our students and families when they needed us most by ensuring their basic needs were met first, then we helped students transition back into the school environment and return to their normal routine. Our KIPPsters demonstrated resilience and perseverance, and returned to the classroom ready to focus on learning without missing a beat,” she said.

The KIPP Houston and YES Prep school communities are, in a word, resilient. There are people that study this kind of thing to help organizations and communities prepare for the unexpected like natural disasters. Anita Chandra of Rand Corporation’s Resilience in Action is one of them. According to Chandra, good schools and school systems are the foundation of community resilience. They know how to partner with community-based organizations. They understand how to attend to the emotional and social health of their kids. Natural disasters, in that way, provide opportunity for charter school networks like KIPP Houston and YES Prep to affirm that.

Chandra and her colleagues at Rand developed an online training tool to help schools and other organizations build resilient communities. They define resilience as: 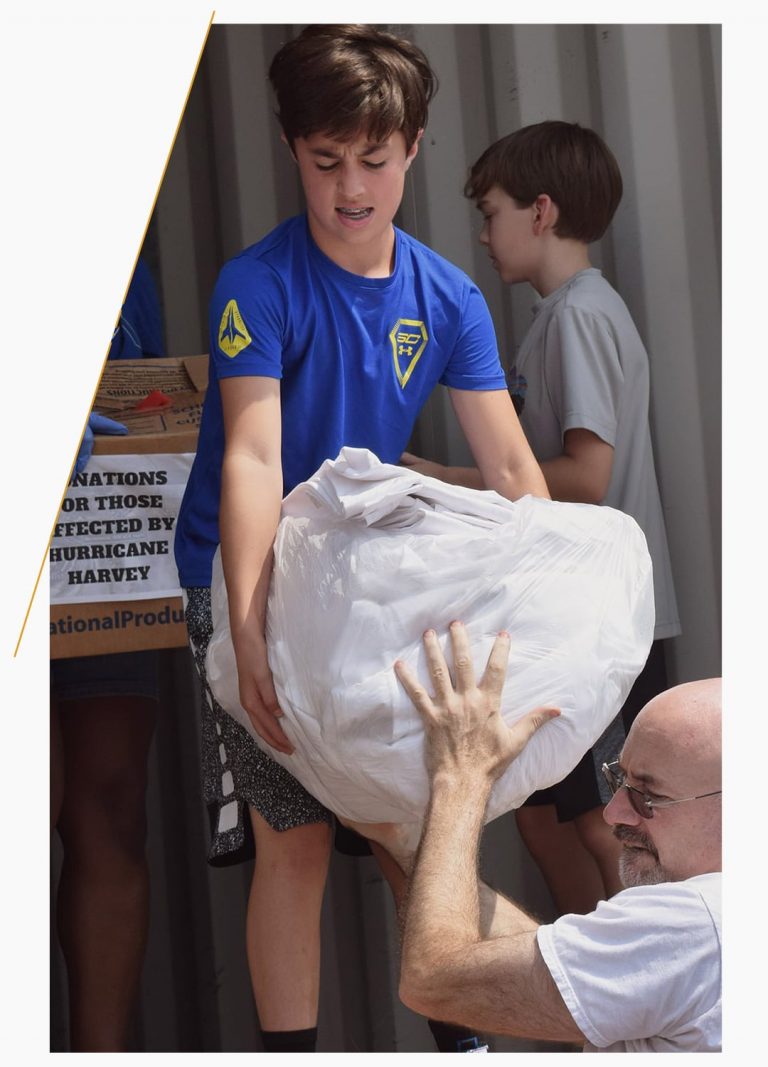 Ali and DiBella are already thinking about lessons learned. We asked them to consider their experiences and share advice for other education leaders. Here’s what they said:

Chandra would encourage schools to think about resilience before, during and after an event. “There’s real opportunity for schools to build resilience in the day-to-day so when bad things happen, they’re just better equipped,” she said.

As for Ali and DiBella, as they noted in their op-ed, “the most compassionate thing we can do as educators is to provide constant belief in students’ potential, no matter what the weather brings.”

And let us not wait on natural disaster to bring our communities together. Reach out. Talk it through. Resolve to have the tough conversations today.

Q: How can the education community work...

The Line is pleased to welcome two...