1 About the Value of Education 1 comments   |   101 shares 2 Civil Discourse in Action — with Sam Cole and Carol Burris 81 shares 3 Public Schools Can’t Solve America’s Crisis of Purpose, But We Can Do A Lot More 64 shares 4 Teacher Strikes: A Civil Discourse in Action Live Webinar 59 shares 5 Hanna Skandera on the Promise of Education 58 shares 6 What is the future of teacher activism? 52 shares 7 Voices: with Margaret Spellings 1 comments   |   50 shares

The following is a preview of an article found in the upcoming Issue 4 of The Line.

Be the first to know when Issue 4 is released online.

At The Line, our commitment to advancing civil discourse requires modeling it as much as we are able. We endeavor to demonstrate how to respectfully work through differences and find common ground by telling the stories of education leaders across the country.

To that end, we’ve invited Dr. Anthony Carnevale, research professor and director of The Georgetown University Center on Education and the Workforce, and Roberto Rodriguez, president and CEO of Teach Plus, and former deputy assistant to President Obama for education, to show us how it’s done. Anthony “Tony” and Roberto agreed to talk through a very big idea — the administration’s proposed merger of the Departments of Education and Labor. Editor-in-Chief Hanna Skandera sat down with them to listen in and call out points of agreement and dissent as well as common ground.

You can find the top of their conversation excerpted here — and edited for clarity — with a recording of a preview their exchange below.

Q: In exploring the impact of the proposed merger of the Departments of Education and Labor on education, how do each of you see the rationale for this proposal?

I’ll go first. My own bias on this doesn’t begin with the proposal. It begins with a set of realities, and that is that in democracies, the essential purpose of education is individual human flourishing. Ultimately, it’s the pursuit of happiness in its most ethereal form. But we’re also a democracy with a capitalist, market-based economy. Two-thirds of all jobs require some kind of education and training beyond high school. We have to reckon with the fact that if educators don’t make people employable, they won’t achieve their broader and more ethereal mission of allowing people to fully develop.

After many years, when education really didn’t matter that much in terms of people’s economic prospects, we’re now at a point where education is the principle device that allocates economic opportunity. The education system shouldn’t give up its core mission, but it has to take on a new one as well.

I want to build on what Tony said. I do agree with his assertion that we need to do much better preparing all of our young people and our adult learners for success in the workforce. The economic imperative is clear. The share of jobs that will require a level of workforce preparedness and some type of post-secondary education, whether that is a college degree or an industry credential, is very high.

So, the imperative for change is certainly present. I certainly believe deeply in the need to better improve opportunities, particularly for students at the secondary school level, to gain workforce preparedness alongside a rigorous education that will prepare them for college.

With respect to the proposal though, I’m concerned that the motivating factor here of efficiency and a leaner government, with respect to this orientation, is somewhat misguided. I actually think what would be better informed is an effort that puts students at the center of the endeavor and asks, “What do your learners need as they think about their future and prepare to compete and succeed in a workforce that is increasingly changing and is now driven in an innovation economy?”

There’s no question that we need stronger collaboration between our workforce training programs and our K-12 system, but I think a better approach would be to put learners in the middle of that endeavor and design a system around those students.

We’re not doing a very good job of this now. That is, there’s some urgency in this. If you go back to the 1980’s, the age at which a young American would achieve the average hourly wage was age 26. Most economists would argue that when you hit that point, you have moved from youth dependency to adult independence and that you’re ready for family formation.

The age at which young people achieve economic independence now is 34. For African-Americans and Latinos from the lower half of the income distribution, they simply don’t make it by age 34.

So, I think there’s urgency in this that requires that we repair the disconnect between our K-12 system and post-secondary, where all the career preparation starts. Beginning in middle school, young people need some career exposure. In high school, students need internships and opportunity to learn basic workplace skills including how to show up on time and how to dress, as well as trying to figure out what kind of career they want. I’m not talking about job training because we don’t want to start tracking people in America.

Q: If we set aside the presupposition that the current administration has proposed this merger for efficiencies only, would you agree this could be a good proposal?

We certainly need greater alignment. I think Tony and I agree on that. There’s a lot of data, including the seminal “Pathways to Prosperity” report from the Harvard Graduate School of Education, that documents the importance of providing young people opportunities to learn through work-related experiences and to develop knowledge and skills that will prepare them for success in the workforce in a way that is far more ambitious and explicit than how our current system prepares those young people. But my concern about the current proposal from the Trump administration is that by combining both of these agencies, there is risk of diluting the dedicated functions each has with respect to their programs.

“I’d say that we’re moving around federal programs and agencies here, rather than putting our learners and our future workforce in the middle of this endeavor and asking, ‘What do they need to be able to be successful?'”

There’s no question that we could and should think about greater opportunities for our K-12 system and our workforce system to collaborate. In fact, the reauthorization of the Perkins Act sought to try to encourage that even further, and our states are leading in that effort as well. We have our governors, leading and bringing their workforce systems and the data systems and some of the indicators around workforce readiness more closely alongside their K-12 systems and their higher education systems.

I think a better approach would be to assist our states in helping them develop strategies to prepare our young people for success in the workplace, rather than moving around these federal agencies.

I would agree. Except that I think that the education system — since the Department of Education released “A Nation at Risk” in 1983 — has made very little progress in K-12 on this issue of making young people functional both as citizens and as workers. After the “Nation at Risk” report, we essentially let go of vocational education in the K-12 system. We moved the whole population toward the new basics, which is essentially an academic curriculum.

In a sense, that was a very good thing. K-12 educators should be applauded for that. They don’t get enough credit for having done it. Today, we have much higher high school graduation rates. More and more young Americans have access to good, solid academic basics through high school.

“But the basics are all academic. That means we’ve built the K-12 system solely to get people ready for college. The K-12 community will assert that their role is to make people college and career ready, but they’re falling under a false flag. They do not make anybody career ready. There’s not a statistical relationship between the curriculum that people take in high school, for instance, as you get closer to the labor market, and either most college majors or occupations.”

While we’ve had great success moving people through high school, still almost half of the young people who graduate from high school — 48 percent — have a college degree or a certificate by age 28. There is still that other half of the high school population that is simply not making it. Without access to vocational preparation, they, in the end, wander around the labor market. The lucky few make it and others don’t.

I think to some extent, part of the mission is that education reform has not delivered on what has become a core function. In 1983, two-thirds of jobs only required a high school education. Now, two-thirds require both education beyond high school and pretty good work experience. We’re playing in a new ballpark now.

I know that combining the two departments sounds like a radical idea. I think in truth, it’s not. If you look at the organization of the federal government, both the Education and Labor Departments are in the same budget function. If you look at the organization of our legislatures … and that’s both national and in the states … we organize labor departments and education departments in the same committees in all our legislatures. So, these are things that we’ve already moved down the road in our public policy process long ago. 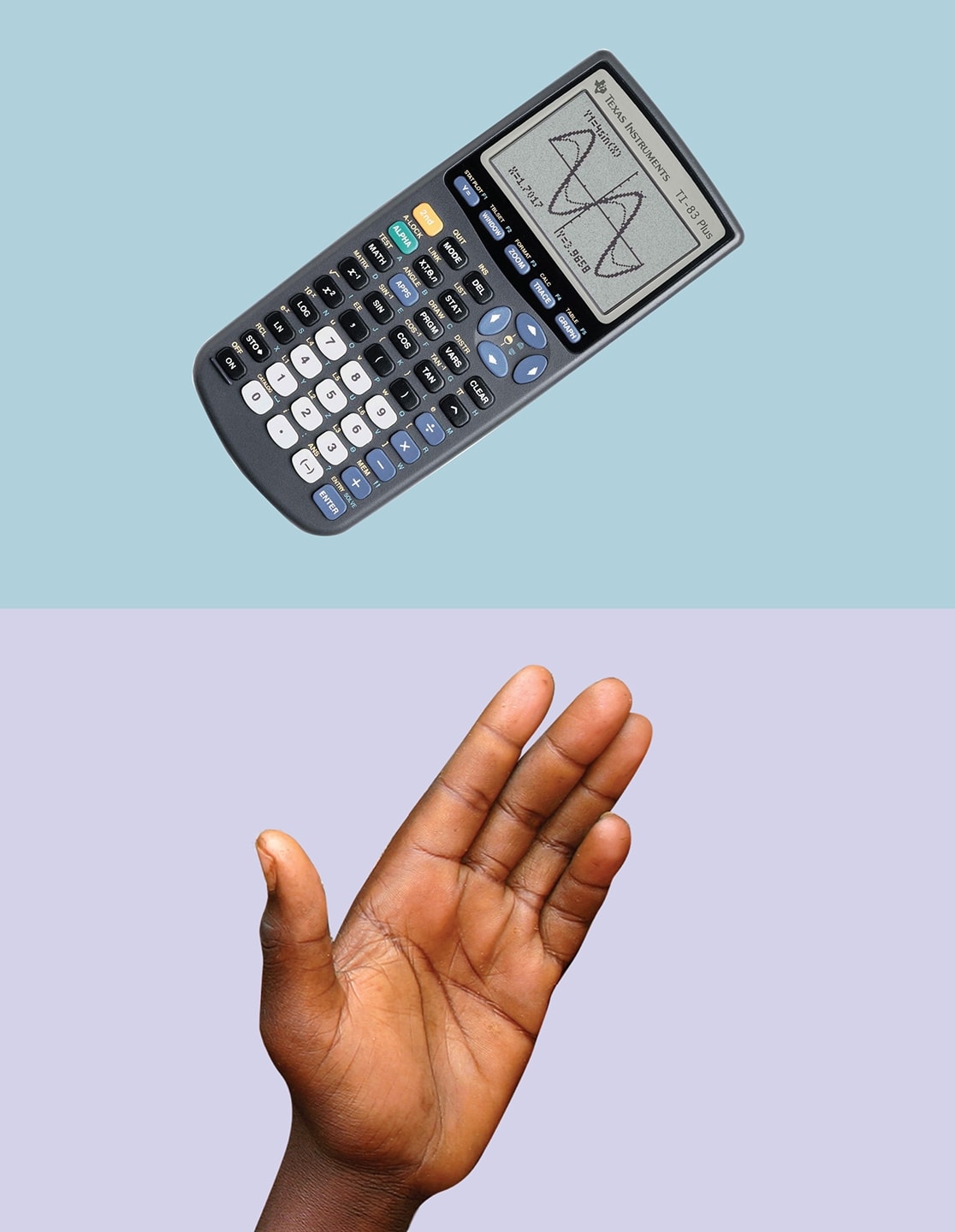 Want to know as soon as Issue 4 of The Line is released? Join the wait list below.